There has been a lot of discussion over the last few years about repeats in first movements of Schubert sonatas and, in particular, D959 A Major and D960 B flat. Many eminent pianists have published their views on the matter, all equally passionately: for Schiff, to omit a repeat is the equivalent to “the amputation of a limb”; for Brendel, a repeat is not an automatic command, the notes are not written out a second time, it is a choice. Schiff considers the first time repeat bars as “important thematic material” (I don’t agree); Brendel believes such a ff intrusion is incomprehensible. And so on and on.

There is no question that in a live performance, short of playing the piece twice, once with and once without repeat (an imposition inconceivable for anyone with any regard for the poor audience), you need to make a choice. And this choice may sometimes hinge on whether you can or cannot resist the temptation of programming the last three sonatas in one concert – in which case, the three works without repeats will make for a fairly long concert, while playing all repeats will make it into an unreasonably long concert, probably requiring two intervals which both the audience and the pianist are likely to need. 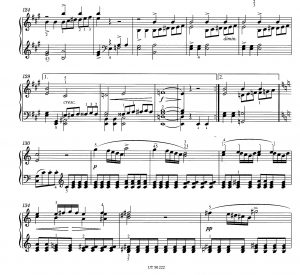 Now, for one thing, I think it is both unnecessary and undesirable to play all three works in one concert: firstly, the audience concentrates better in shorter concerts and shorter halves, and I would prefer to do them in two concerts, for instance: C minor and A Major in one, and B flat in the second, preceded by a selection of Impromptus or other pieces. Secondly, few performers can give of their consummate best for such a long programme. As regards the short pieces, I also don’t necessarily abide by the customary playing of one whole book of Impromptus or all the Moments Musicaux in live concert. They are not sonatas – one or more can be played in one half of a concert, together with other short pieces by Schubert. This idea of completeness is a relatively modern concept and is more recommendable as a CD programme, where one can listen to a couple of items at a time.

But what puzzles me, and I have found no opinions about the matter, is how is it that having developed the recording medium to the present extent – and one might argue to the point that any relatively hopeless amateur, for instance, could put together a superb-sounding recording of this or that work (but that’s another topic) – performing artists don’t avail themselves of this sophistication, which has been available for decades, in order to produce a recorded performance that better satisfies the needs and tastes of the public, the person listening? On a CD, it is perfectly possible to have a Schubert sonata recorded with BOTH endings. You programme in the tracks to hear it one way or the other way: problem solved. Probably (almost certainly) this solution has been thought of but discarded on the grounds that the pianist wants to be the ultimate arbiter of what he/she thinks is right. They want to decide every aspect of interpretation – speed, dynamics, phrasing, tempo changes, acoustics and miking (in tandem with producer), and so on – and repeats are an important aspect also, which they want to decide on behalf of the listener, since this is a decision which, clearly, needs to be made in a concert performance. There, since that is heard once, that is what the listener is given and, hopefully, they have received a satisfactory performance as planned by the artist. But on a CD this decision can be left to the listener, who after all has paid his money for this particular product (as a matter of fact, the CD listener can also decide which order of movements he wants, or to omit one, or to just listen to one). And why should he not have this choice if it can be made available to him? He can choose Schiff or someone else with repeat, Brendel without, but he should also be able to purchase Mr Vladimir ‘Botveys’, who gives him both possibilities in one package. Interpretation is not a finite matter nor is there an absolute right and wrong. The presence of the repeat is unambiguous: it is there. Whether to do it or not is a matter of choice, however much the great interpreters argue for one or the other. 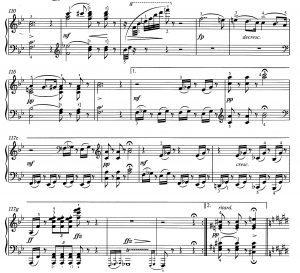 I would go a little further. There has been endless discussion of tempi in the first movement of the B flat sonata D960. Richter plays it at a quite slow pace (very convincingly, I might add) which, allied to the repeat, makes the movement as long as the other three together – for him Molto Moderato seems to mean quite slow – while most others seem (to this pianist) to play it too fast. In any case, a certain flexibility of tempo seems, to me, desirable: it begins contemplatively, as in a trance perhaps and then gathers motion and some excitement, but not excessively, ending more slowly again. The idea that the tempo set at the beginning is kept throughout (which seems to exist in the minds of some pedants) was already contradicted by Beethoven who declared that the opening tempo commands, at least in some of his works, applied to the beginning and not to what happens later on. Again, what would be wrong with the pianist offering two performances of this movement on one CD – one slower, one faster? Does that reveal lack of conviction on the part of the artist? A pianist could, conceivably, be equally convinced, on different nights, by two or more approaches, either as a conscious decision or as a result of his mood, state of mind, state of health, or the acoustic or the instrument or the audience’s coughing, etc. On the recorded CD the listener could select one of the first-movement performances, with movements 2, 3 and 4 to follow. The listener (or consumer, if one wants to be commercially minded) already has a choice of performer and is paying money for this product. Why should he not have the performer of his choice playing it both ways? Food for thought, in my far from modest opinion.