An easily spoken injunction to a piano student, and often well justified, given that most piano students, at least sometimes, don’t take note of dynamics, tempo markings and so on. “Why doesn’t he play what’s written?” – an outburst after a well-known virtuoso on the radio has just given an odd rendition of a well-known piece.

I myself, fairly early on as a piano student, made myself “play what’s written” (and my teachers were wise enough to insist). But, fairly quickly, one runs into a number of considerations which need to be carefully examined. Without labouring the point too much, I would mention just three aspects: 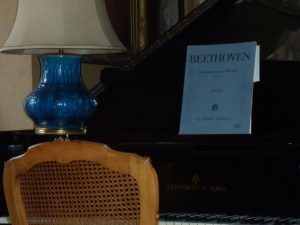 The last forty years have seen a proliferation of Urtext editions, particularly of Bach, Mozart, Haydn, Beethoven, Schubert and Chopin, sometimes contradicting each other but at least giving us, as much as possible, ‘what the composer wrote’. (In the case of Chopin, even an Urtext edition gives rise to debate, as it depends which original edition they follow, i.e. French, German or English, with its corresponding variants and mistakes in the ones Chopin did not oversee.) 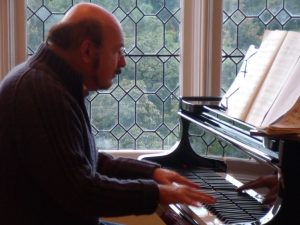 When Mozart writes an f and then a p, how differentiated (i.e. extreme) is this to be?  And when he writes Presto (officially ‘as fast as possible’), do we play as fast as possible for us,  or do we take into account that life was much slower in Mozart’s day and that his presto was rather slower than ours?

When Beethoven writes crescendo and, at the end of it, p – is that to be a sudden p? Claudio Arrau thought so and, furthermore, advocated a slight pause before the p (he told me so himself). Or do we not make it so extreme at the end of the crescendo and melt into the p?

When Chopin writes, in one of his great Nocturnes, a passage in small notes which is to be fitted in with the accompanying left hand – do we play those as fast as possible, so as not to have to slow down the left hand, or do we take time to make them as beautiful and melodic as possible and make the left hand wait? 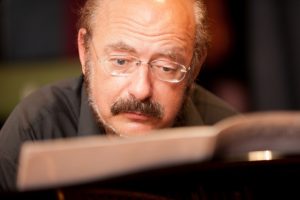 Is it really true that every quaver rest in a Beethoven movement is the same length as every other? I don’t think so. One has to look at groups of notes which belong together, phrases, periods, a bar which is slower because it is a link or a coda (these are just meagre examples). The composers whose texts we so greatly revere had a limited set of symbols to indicate their intentions and we have to fill out what is, in fact, not written, in order to clarify their intentions and give a creditable performance of their masterwork.

Not least, we must be aware of background information about what a composer may have said about interpretation of their works, or how they played. In Beethoven’s case, we know that he said that the initial tempo (of say, the Hammerklavier) does not apply through the whole movement, however much it is not written.

We also have accounts of how Chopin played, from his students, and these should also complement our knowledge of the scores. (This is even without going into various variants of what he wrote, which originate in his annotating, differently each time, his students’ copies!)